I have two children with behavioral issues. One is definitely ADHD with some tendencies on the Autism Spectrum. The other is ADD …but we’re leaning more toward OCD and Anxiety.

Obsessive-Compulsive Disorder, known as OCD, gets made fun of often. When displaying an organized drawer or a color-coded closet of dress shirts, people remark, “Oh, I’m just a little OCD.”

Of my two boys, however, the one with OCD is not the one who organized the toy cars or utensil drawers. He is also not the one who would reanimate himself from his death bed in order to get the last word or fist in during a disagreement.

The one with OCD fixates. Try an internet search for that. I have.

My son insists that he cannot stop dancing to music after watching Home, even when I explain that he can.

After denying him a cookie at Wal-mart, he still reminds me about it, in tears, months later.

When I opted to let him ‘cry it out’ on a trip home one time, he did not stop for 40 minutes. Diversions and distractions did nothing.

Not till my friend and fellow blogger, Stephen, mentioned obsessive thoughts did I consider other options. His description of symptoms of OCD (including a character in his new book with the condition) created answers to my frustrated questions. 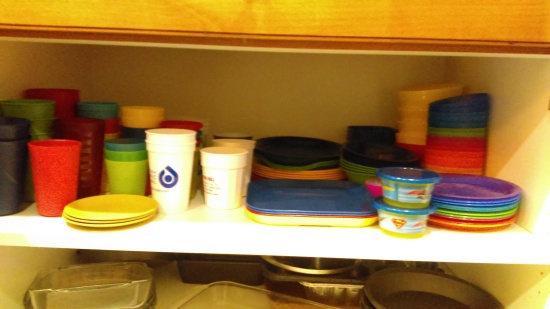 When my son who fixates puts the dishes away, he does so haphazardly. He is not tidy nor a clean freak. In fact, he’s a hoarder; emotionally connecting to anything that belongs to him and insisting that he can’t live without it. I mean, literally.

I can speak logic to my son on the Autism Spectrum who loves to have the dishes all lined up. I can often break through his meltdowns and get him to redirect.

The other child? Not so much. If I don’t head him off right at the start by addressing his feelings and irrational thoughts as if they might possibly be real, he’s gone for hours. Or months.

Most of all, for me and other parents seeking answers, OCD needs to be a viable answer when our child has to hit, flick, think, or routine in a myriad of other ways. From there, we need answers of how to work with them.

So don’t give up hope, parents. Get searching. Get answers.

Sunday, August 25: “The Beauty of Telling Children, ‘No,’” a word of advice in child-raising.

Tuesday, August 27: Shared a quote that John Wilmot may have said.

Thursday, August 29: “Sick Leave for Parents,” a snippet about how we never get a break.

Friday, August 30: Talked chores for children in, “Kids Can Work!”

*Rhett and Link include a note with their YouTube video: We understand that OCD is a serious mental disorder that significantly affects the lives of millions of people (including Rhett’s wife). This song is not intended to make fun of people with OCD, but rather to demonstrate and poke fun at the tendency of so many people to point out things that are off-center, off-balance, etc. and say “It’s driving my OCD crazy!” We have an extensive discussion about this very thing, as well as what OCD really is, on this episode of Good Mythical Morning: http://youtu.be/-1QeJAmpvGk

Trying to show love to a difficult child is a lot like hugging a cactus. You know he wants love, he feels upset and wants to be loved, and yet…

Not all children are receptive to hugs and kisses, or even a pat on the shoulder. When my second son is agitated, a light touch is met with a dramatic pulling away. Begging and pleading are to no avail. A slow walk toward him leads to his hiding himself under furniture and, if I keep trying, exaggerated threats and outbursts.

“Maybe I should jump out the window since you don’t want to see me anymore!”

“You are always picking on me and you never punish my brothers!”

Granted, my son has a handful of autistic tendencies and these are some of them. I have four boys, though, and they all have periods of similar distress. So, what’s a mom to do?

Besides crying inside and eating chocolate, I’ve developed a few ways of talking to agitated children:

For me, I need to remind myself throughout our conversations that my children have no filter. When they feel deeply, they speak deeply. I hurt when I hear them tell me mean things. Some days I get overwhelmed and spend a few hours at night hiding in the closet. Hopefully I am not the only parent who feels that way.

But in the end, I am their mother. I am the person who will teach and mold and influence these sociopaths into more reasonable members of society.

And I really do love them. They need to know that in any way I can tell them.

When I first mothered my young children I was fairly strict. My kids had structure, nutrition, consistency, and …a bit too much exposure to a mother with a perfection complex.

Then came The Time of Pregnancies.

My children were fairly young when I became pregnant with their next younger brother. This meant that they still needed things like that structure and nutrition and consistency. In actual practice (known as Survival Mode), they got the best I could do at the time. Between exhaustion and nausea, we all rode out the nine-ish months together.

Also as I first mothered, I felt a lot of guilt for the perceived neglect. Helpful people occasionally patting me on the back didn’t assuage the negative voices in my head. The few hints some said sunk deep into a pond of self-recrimination. Obvious acting out and emotional reactivity amongst my offspring also concerned me.

The lesson I’ve finally learned, that I wish I could convince my anxious past self of, is:

Do the best you can, and know that it’s okay to do so.

Despite what you think you see other people doing around you, everyone follows this advice. If not, they’re probably on something illegal and will suffer the consequences of that eventually anyway.

For real: life has ups and downs for all. Some downs require buckling in until the ups. Don’t be so hard on yourself for needing to back off a bit when the going gets tough; it’s the human thing to do.

I have a younger brother, and he is annoying. Everyone thinks his younger sibling is annoying; but, honestly, the younger ones often try to bother their betters.

He thought it was hilarious. …As if she hadn’t actually had us do that to her in real life.

Whether it’s a little brother or sister or not, all children are adept at repetitive behaviors. They say or do something over and over (and over); sometimes for kicks, oftentimes to get their way. If you think giving in will stop the annoying-ness, however, you are very wrong.

My advice for today is:

Seriously. If you have said, “No candy before dinner” and catch them with Smarties, take the package away. When one boy smacks his sister, put him in Time Out just like your rules say will happen. Don’t want to impulse-buy toys every time you go shopping? Don’t!

The child who has exceptions learns that exceptions are the rule. And, elephants got nothin’ compared to the memory recollection of a child.

That’s not to say that sticking to your guns is easy. It’s not. Even after I (mostly) never give in, I often have to endure several minutes of telling my children, “No.” BUT, not capitulating does lead to respect, obedience, trust, faith, and fewer nagging sessions.

If you’re in the middle of a “no” session with your kid, here are some ways to keep your cool:

Several of my boys are very concerned about fairness, fixate on erroneous issues, and have periodic mental meltdowns. If I can treat them with loving patience during any of those activities, so can you.

Staying strong will not only teach your offspring that you mean what you say, it will also exercise your own patience and mental endurance.

And you’re going to need that for the teenage years.

Don’t you just hate it when you know how to prevent some potential disaster, like when you see a full glass of soda too close to the table edge near a stream of running kids and you act to preventing it from spilling, only to accidentally trigger the catastrophe yourself perhaps into the lap of the most innocent person you know?  Seriously – at least for a few seconds, don’t you just want to die, knowing that the world would be safer without this talent you  have for creating chaos?

via Suffer Not The Children, by Gary A. Wilson

Keep reading for a cute story about an exuberant girl and a wonderful, understanding church leader.

Join 346 other followers
Follow I Didn't Want to Be a Mother on WordPress.com