I spent a lovely evening (without kids!!) watching a slideshow of my grandmother and her family. My great-grandmother had taken many pictures during her daughter’s childhood, and even had a few from her own.

I enjoyed sitting with my current extended family and reminiscing on memories and events. “That was their first house.” “Oh, look! I remember that car!” “She loved that outfit so much!”

When people talk about the past, they tend to remember the best parts. They have photographic proof of the best parts, too: the family vacations, beloved car, high school friends, favorite toys, and every year’s Christmas trees. 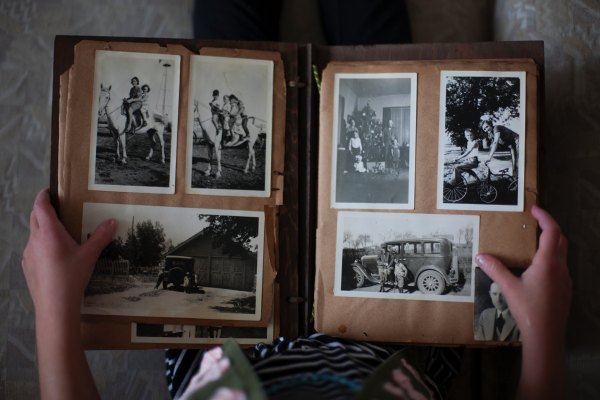 In fact, I often hear folks nowadays fondly recalling what has been and wishing that we could return to those times.

During conversations with a friend about my children, he said, “In the old days, people would have just said, ‘Boys will be boys,’ and not tried to raise them as girls.” I’ve had neighbors say, “Children used to play outside all day and we never worried about strangers.” Talking to old people in general makes me think I live in a war-torn ghetto instead of a nice suburban neighborhood.

The truth is that every time has its ups and downs. Even during tonight’s family photo slideshow, there were a few snippets of reality.

“That’s Gertrude*. She died of the Spanish ‘Flu. They buried her while seven months pregnant.” “Ha! I remember that halter top. I thought I was pretty hot stuff wearing it.” “There’s that old car, Gramps. Didn’t you and grandma make out a lot in that?” (The answer was affirmative.)

Boys might have been boys, and they also might have been legally paddled by schoolteachers. We may have had more children outside, but they had lead paint and childhood diseases that led to death.

I bring this all up as a helpful reminder that we ought not to beat ourselves up too much about the way things are compared to how they were. 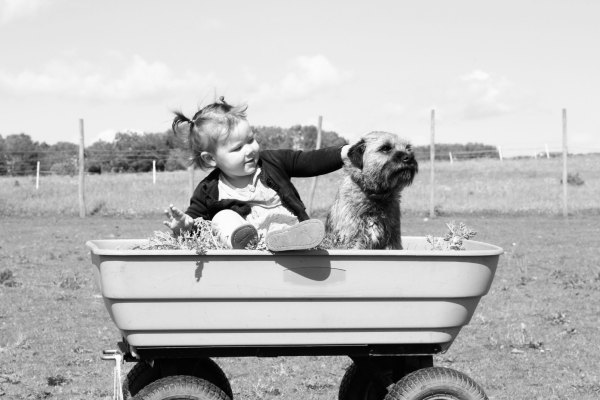 Yes, we need to raise our families and spend time outside and love our children so much. But, we do not need to compare ourselves to a bygone age. We do not need to feel poorly for not building a wagon in our tool shop with our four-year-old son. Whatever relative did that most likely endured hours of yelling, mismatched parts, hammered fingers, and an end product that rolled somewhat lopsidedly.

In any time, it’s the thought that counts. And the family time.

Sunday, March 24: “A Verry Unmerry Birthday to You,” my lamentations regarding birthdays as a mother.

Monday, March 25: “A Poem About Procrastination,” a quick little ditty about shirking responsibility.

Thursday, March 28: Posted a quick thought about finding your children.

Friday, March 29: Advised you all to stick to your guns in “Don’t Give In, and Stay Sane Doing So.”

Thanks for the laughs, SAH_RN.

I have a younger brother, and he is annoying. Everyone thinks his younger sibling is annoying; but, honestly, the younger ones often try to bother their betters.

He thought it was hilarious. …As if she hadn’t actually had us do that to her in real life.

Whether it’s a little brother or sister or not, all children are adept at repetitive behaviors. They say or do something over and over (and over); sometimes for kicks, oftentimes to get their way. If you think giving in will stop the annoying-ness, however, you are very wrong.

My advice for today is:

Seriously. If you have said, “No candy before dinner” and catch them with Smarties, take the package away. When one boy smacks his sister, put him in Time Out just like your rules say will happen. Don’t want to impulse-buy toys every time you go shopping? Don’t!

The child who has exceptions learns that exceptions are the rule. And, elephants got nothin’ compared to the memory recollection of a child.

That’s not to say that sticking to your guns is easy. It’s not. Even after I (mostly) never give in, I often have to endure several minutes of telling my children, “No.” BUT, not capitulating does lead to respect, obedience, trust, faith, and fewer nagging sessions.

If you’re in the middle of a “no” session with your kid, here are some ways to keep your cool:

Several of my boys are very concerned about fairness, fixate on erroneous issues, and have periodic mental meltdowns. If I can treat them with loving patience during any of those activities, so can you.

Staying strong will not only teach your offspring that you mean what you say, it will also exercise your own patience and mental endurance.

And you’re going to need that for the teenage years.

If at first they don’t respond;

Takeout is expensive, especially if you go multiple times and/or have multiple eaters.

Join 346 other followers
Follow I Didn't Want to Be a Mother on WordPress.com