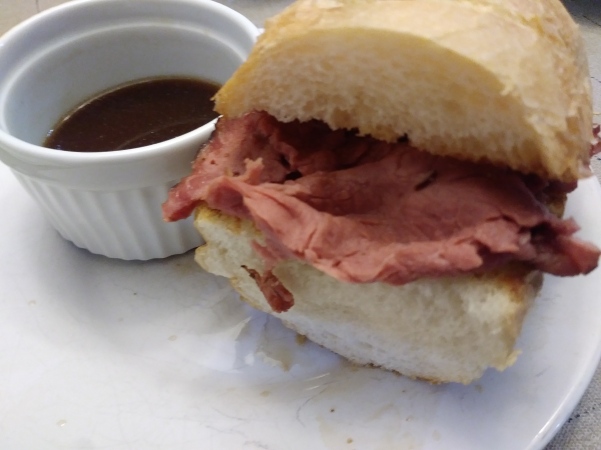 Tonight’s fare is an oldie but a goodie: French Dip Sandwiches.

I frequently have nights where it’s just about dinnertime and I need a meal, quick. Or, I have days where I finally squeezed in that grocery store trip and need to think up a week’s worth of dinners. 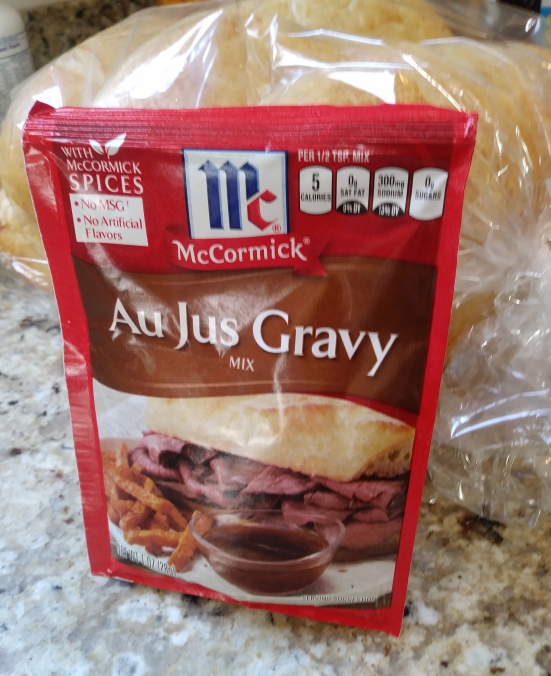 This recipe has very few preparation steps. Maybe you’re thinking it’s hardly a recipe idea at all, but I appreciate that I can make it with few ingredients and with little time.

Not all of my kids liked the taste of dipping their sandwich into Au Jus, but they were willing to try it. In the end, my pickiest eater took the roast beef off the roll and ate everything separately.

None of my boys smiled in his school pictures; there is even the hint of a glare. The company that took them says every school picture tells a story.

According to commiserating folk, every child is difficult.

If I’m going off their actual, real-life, sighing, eye-rolling, judgy-face reactions, however, my child is the only difficult one. Those reactions, and what their kids are doing.

At a park full of happy faces, sand castle builds, a brother pushing a sister on a swing, and a group of giggling girls with Barbie dolls; my son is the one flinging sand or chasing his brother with murder in his eyes.

Mine’s the one hiding on the sidelines at the first grade school performance, while his peers sing the song they are supposed to. Later on, he’s the one who slaps a cute girl who tries to get him to come out.

The kid in a store who won’t stop screaming? Mine.

The ones brawling in the hallway after a religious lesson on love in the home? Also mine. All of them.

How about that one rogue boy who, when Nature called, couldn’t be bothered to find his parent or a toilet? He was my child, and was at a public splash pad when he dropped his swim pants.

Others get calls home from school about awards or examples of leadership. When I see the school’s number on my phone, I have a near-panic attack. And, rightly so! Before addressing my second son’s behavioral issues in first grade, he was sent to the office at least once a week.

“All kids are like that,” other parents tell me. Their child sits nearby, calmly playing with a toy and smiling and saying, “Please,” and “Thank you.”

“I’m not so sure they are,” I reply, with a bit of a nervous tic to one eye. Looking over at my offspring, I have to immediately rise and pull one out of the mouth of the other, while the little brat yells, “I hate you, Mommy! You love him more!”

I’ve tried to accept what I have, and (despite what they yell) I love who I have, but I’ve decided to accept a more obvious truth:

I actually have difficult children.

This dubious bunch of battered pieces is Vegetable Tempura, or Tempura Vegetables. It’s tasty! When we’ve had a run of a lot of meat for dinners and I want to pretend to eat a healthy meal, this is my go-to.

When I’m preparing for it, I pick up our favorite vegetables at the store: zucchini or yellow squash, 2 red potatoes, broccoli, mushrooms, an onion, and carrots. My on-hand items are eggs, the batter ingredients, baby carrots, and rice.

I use the recipe included in my copy of Deseret Recipes, and usually double it.

Rice, to serve vegetables on top of

Soy sauce, as topping and/or dip

My first time making this took awhile, because I was shy about how many battered veggies I put in the oil at a time. Now, I run like an assembly line and have the double batch done in about half an hour.

So, looking for healthy? Quick? Easy? Cheap? Look no further than this fried, crispy meal. Even our picky eater loves it!

If I were to redesign a mother, I’d include an extra arm and the ability to instantly metabolize chocolate.

My kids, on the other hand, would include a candy dispenser, garbage can, and mute button.

Join 344 other subscribers
Follow I Didn't Want to Be a Mother on WordPress.com